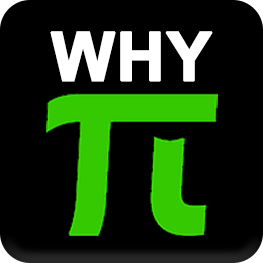 Hello my highly interested VR-friend, I will guide you through a journey of pain

two HMDs on one PC. Be prepared to be amazed!

My pledge was a 8k version of the Pimax, I switched down to the 5k+ due some early reviews of the early YouTube testers, talking about more sharpness due the native headset resolution.
Thank you very much @mixedrealityTV, @SweViver, @VoodooDE for your help to make my decision a lot easier!

I was lucky to see it’s the P2 Model from the newer batch:

Error Code 10935 is pure evil! It is standing for unacceptability and hopelessness!

Since receiving my HMD (head mounted display) months ago, this view on PiTool never changed

I did not know my Pimax and my AMD Fury X will dislike each other from the beginning on.

Even hours of trying, by the really friendly support via team viewer, that really care, thank you a lot at this point @Doman.Chen! Didn’t help the relationship of the HMD and GPU (graphical processing unit) to defeat their blind hate for each other. Being generous and spending hours and hours with feeding them with different drivers, using different display ports on the GPU, PiTool-versions and firmwares didn’t touch their feelings to each other!

There are no problems with htc Vive and Oculus at all. Just with Pimax.

I already tried to install the newest fresh windows copy with PiTool and AMD GPU drivers only, to make sure this isn’t an operating system problem. The result is still Error Code 10935 in PiTool.

Such a shame! Because they fit so well for each other from my perspective! I think they don’t care

I still hope getting the issues resolved and be able to help the HMD and the GPU to find their way to spark on their love with your help Pimax!?

But now let us talk about the important stuff:
I was able to test out the Pimax at a friends place: GeForce GTX 1070 Ti was her name

. The Pimax 5k+ HMD accepted her

right away and YES, I was blown away!

I was amazed from the first second on I tried it. Also, my friend needed some time to be able to believe the huge visual and technical gap between Oculus and Vive compared to Pimax 5k+. The Pimax 5k+ is a game changer! Being able to see this much of details, and to feel free because of the very immersive Field of View is just amazing!

Ah btw. this is me, and just as a side note, I am not a fish hammerhead!

I am a young VR-Veteran and ordinary guy

of 27 years building VR-Experiences, Games and Software.
My first VR HMD experience started with my Oculus DK1, later I bought an Oculus DK2, the htc Vive and the eye tracking HMD FOVE, you maybe haven’t heard about it. I was able to use the Oculus of my friend to test it out and improve my vr-game also for Oculus.
I spent uncountable hours in VR-Headsets, playing around and learning how to avoid motion-sickness, how to improve experiences and finding out ways for motion. On my journey I experienced the pros and cons of the current VR state in the steps of development.

The Army of three! Those are an Oculus, a htc Vive and the fresh new Pimax 5k+

Like you can see, it felt for me like a jump from the low resolution Oculus DK2, to the htc Vive, even if the DK2 didn’t support room scale tracking well and had no controllers.
Htc Vive to Pimax 5k+ is a huge jump! This is a clear recommendation for upgrading from me, even now!

Things i really love about the Pimax 5k+:

Did you ever used

two HMDs running two games on a single machine with a single GPU without virtualization?

We did this, with an Oculus and the Pimax 5k+.

Dual-gaming-summary:
Switching the HMDs showed us the immense improvement of pixel density, FOV and overall clarity of the image of the Pimax 5k+
Putting on Oculus was like a huge step back into the ancient world of VR

You really have to try it yourself!
The funny part was also: Google Earth VR was running smoothly, while Space Pirate Trainer had very noticeable reduced frame rates, despite being still playable well

This was an experience for us, we never thought will work well!

Used Computers in this review:

Games we tested with Pimax 5k+ (without controllers):

All the games were running smoothly without frame drops and were really enjoyable!
It’s just a shame I didn’t take the htc Vive controllers to the friends place, but maybe it’s for good. We were able to focus just on the headset itself!

Some words about the FOV
We tested out all the FOV options in the PiTool with the Pimax 5k+ and decided to stick to the normal mode with 170° FOV.
There are three options available:

If one of those things I will mention are important for you, you should consider buying it:

Final Words
The Pimax 5k+ is a game changer for immersive gaming. A really really wide field of view, crisp visuals and glare free optics just put your gaming and relaxation experiences to a new level.
It is still not a monitor replacement for professionals. The resolution has still to be improved by a factor of 4 I think, to not be able to spot a pixel anymore.

Ok enough of hypothetical monologues’ and calculations, let’s get back to the real thing:
Do you like racing simulators like Dirt Rally? I really recommend you to buy this HMD!
This HMD is, compared with available HMDs on the market one of the best and can be placed due its price tag in the section of VR-enthusiasts.
It supports common and proven techniques in HMD tracking with a huge room for extensions in every direction. Using different Lighthouses, controllers and a lot of Pimax specific modules to extend the possibilities of the headset in VR.
Every application/game we tried so far worked really smooth, without tracking losses or lags.
Pimax Team, you did great work! Don’t stop here. Stay innovative and push the boundaries even further!

Have a great day,
cheers,
Hermann