Skip to content
View cart “Pimax 6M Fiber Optical Cable” has been added to your cart.
Sale!
5% OFF

Its pretty dumb I paid so much money for this product to have to buy a cable replacement this early, and will probably have to continue to due so in the future.

We are using 5 Pimax headsets and all of them had issues with the cables. In comparison with Vive it is not very durable in terms of longevity. So far Valve Index proved us best value for money.

Now into 3rd cable, after just a few months starts giving 'snowy' grains (a sign that it's gonna fail totally soon like the first 2 cables)

arrived, good backup cable for when mine will probably die from overuse

C
Connor Charewicz
It's a good cable if it doesn't break

I personally like the cable pimax ships with their headsets it's pretty thin and light and flexible it's alot better than the HTC vive Cosmos cable and Original HTC Vive. But It's to my belief that pimax cables are not built to last like those other cables on the headsets I have suggested. If we are talking about the cable itself and just using it, I love the cable but I am always going to be worried if this new cable brakes. And having to spend another $120USD to get other to Australia. In the image the pimax cable on the left and the HTC vive cosmos cable on the right 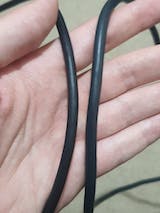 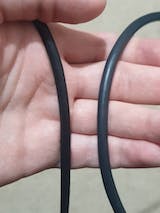