Leap Motion and 7invensun integrated technology, together with the new open-palm controllers, allow Pimax to give VR enthusiasts a truly immersive experience

Las Vegas, Nevada – 8 January 2019 – Today, the most crowdfunded VR brand in the world, Pimax, showcased its 8K series VR headsets with brand new Pimax controllers, designed to free your hand for an open-palm immersive experience. The headsets were embedded with Leap Motion and 7invensun technology and together the three brands opened up the era for VR 2.0 and bring a truly immersive experience for VR enthusiasts. 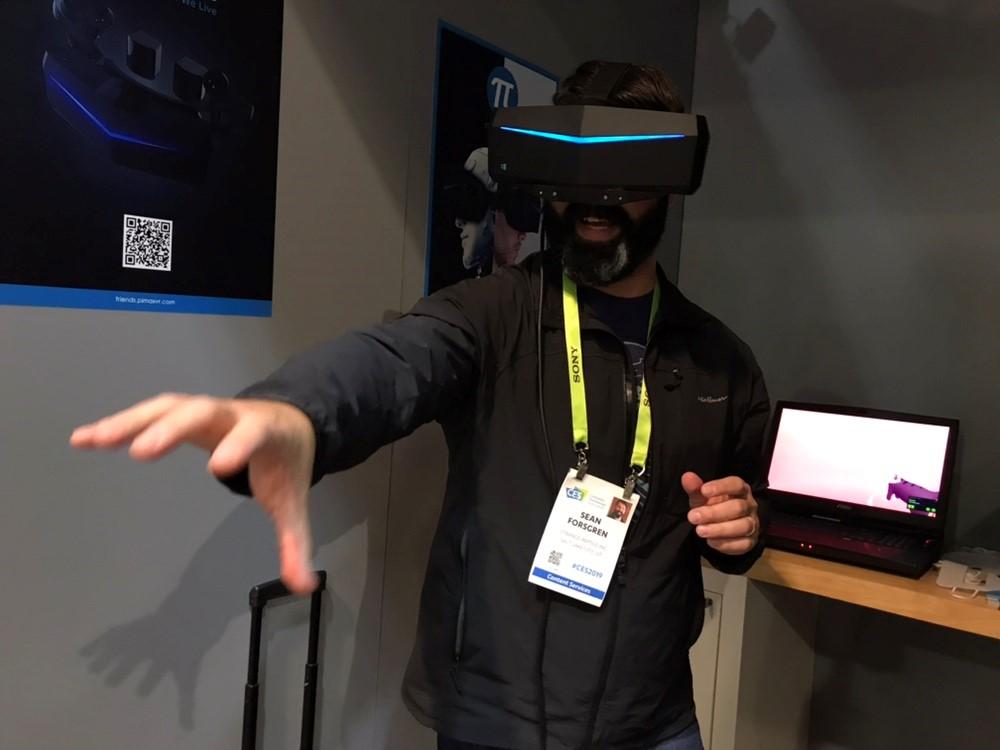 VR 2.0 indicates that the future trend of VR with high resolution, wide field of view (FoV) and a more natural interaction as well as the application of innovative technologies, such as foveated rendering, focal surface displays and wireless transmission, will bring a more immersive experience to users in the virtual world.

In terms of display and optics, in the time of VR 1.0, users suffered from low resolution and narrow FoV, but the Pimax 8K VR headset allows users to experience VR with extensive peripheral vision, whilst solving the problem of the screen door effect.

In 2016, Oculus’s chief scientist Michael Abrash predicted that within five years, VR headsets would have a monocular 4K resolution and 140-degree FoV. Ahead of what Abrash envisioned, Pimax develops its headsets with the highest resolution and 200 degree wide FoV with multiple extendable functions and different innovative modules, which brings VR into the new era of 2.0.

Kevin Henderson, Head of US Operations of Pimax VR, said: “Science fiction stories like Minority Report and more recently Ready Player One gave us a glimpse into the future for immersive experiences and UI control.  Today we’re ready to prove that era is closer than ever before by bringing VR 2.0 to the industry.” 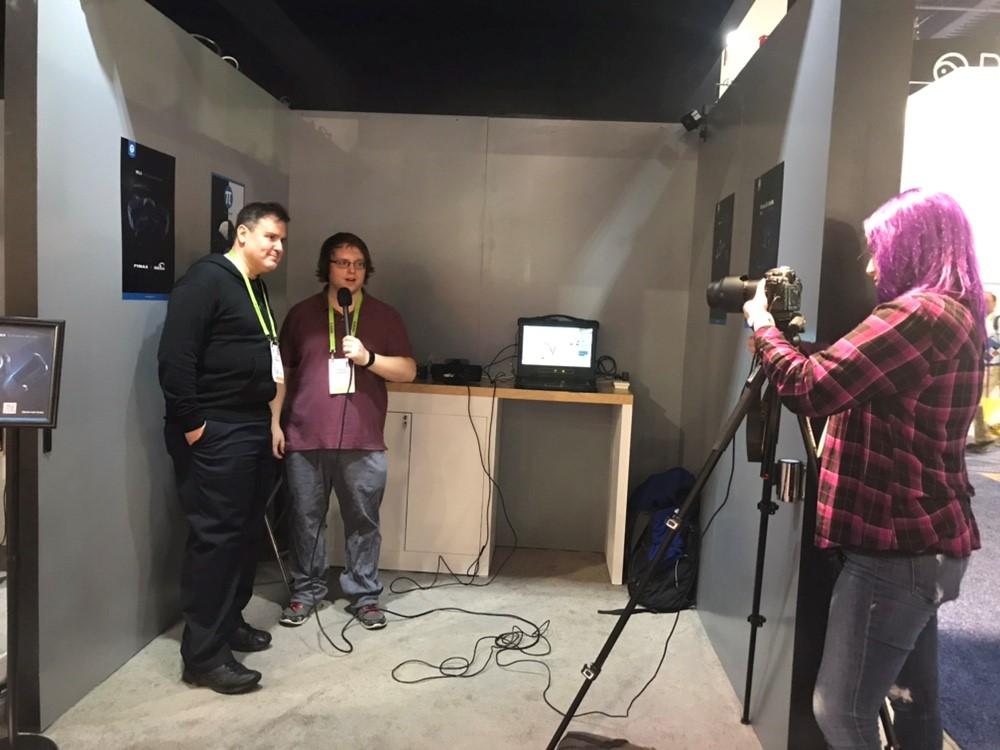 “As a contributor to VR 2.0, we are closely working with our partners to bring innovation to the industry and finally give VR enthusiasts and gamers what they have been dreaming of”, he continued.

A long way away from the days of using a keyboard and mouse in gaming, integrated hand motion tracking brings the industry into the era of 2.0. Pimax has partnered with Leap Motion to bring cutting edge hand-tracking technology to virtual reality.

All the Pimax 5K Plus, 8K, and 5K BE headsets now have Leap Motion’s embedded modules, which feature a 180-degree FoV. This is a perfect match with Pimax’s 200 degree FoV for a natural user-experience, defining future trends with combined technological innovation.

Foveated rendering technology reduces GPU load power consumption and dizziness, which brings high viewing performance to VR. Pimax is now closely working with 7invensun, a strategic partner focusing on R&D and innovation in eye-tracking technologies to achieve this goal, as well as NVIDIA – the inventor of GPU.

Besides, wireless transmission is also a must for upgrading to VR 2.0, so that those cables will no longer keep users from completely detaching from the physical world. And meanwhile users will be in need of contents tailored to high resolution and large FoV.

Pimax is now working with partners to make the headsets more extendable with wireless transmission module as well as to bring more contents dedicated to the headsets with developers.

Pimax showcased a prototype of the upcoming open-palm controllers, which are compatible with the 8K VR headset.

The prototypes on the stand at CES included both the thumbstick and trackpad version, which boast a much more natural fit than previous models and are compatible with multiple devices including the Steam VR tracking 1.0 and 2.0.

Kevin added, “As a contributor to the industry, we are eager to work with our partners to integrate more innovative technologies into our headsets and make these features easily accessible. We want to provide world-leading technologies to our community and users with a highly effective  global customer service and  support system and help VR enthusiasts realize their dreams in VR.” 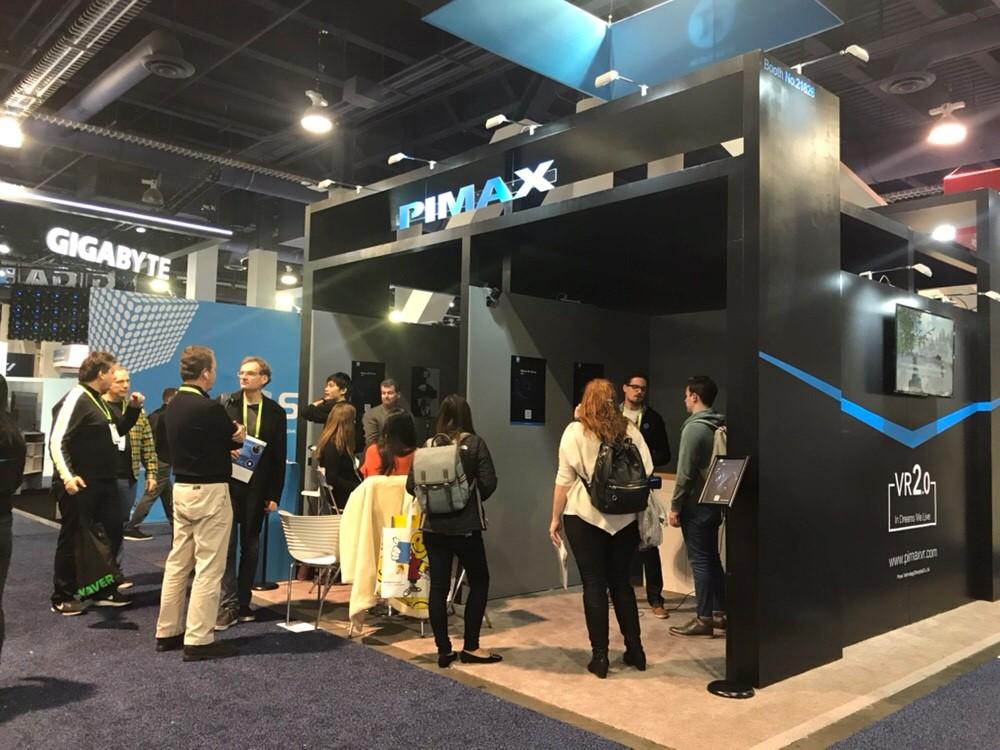